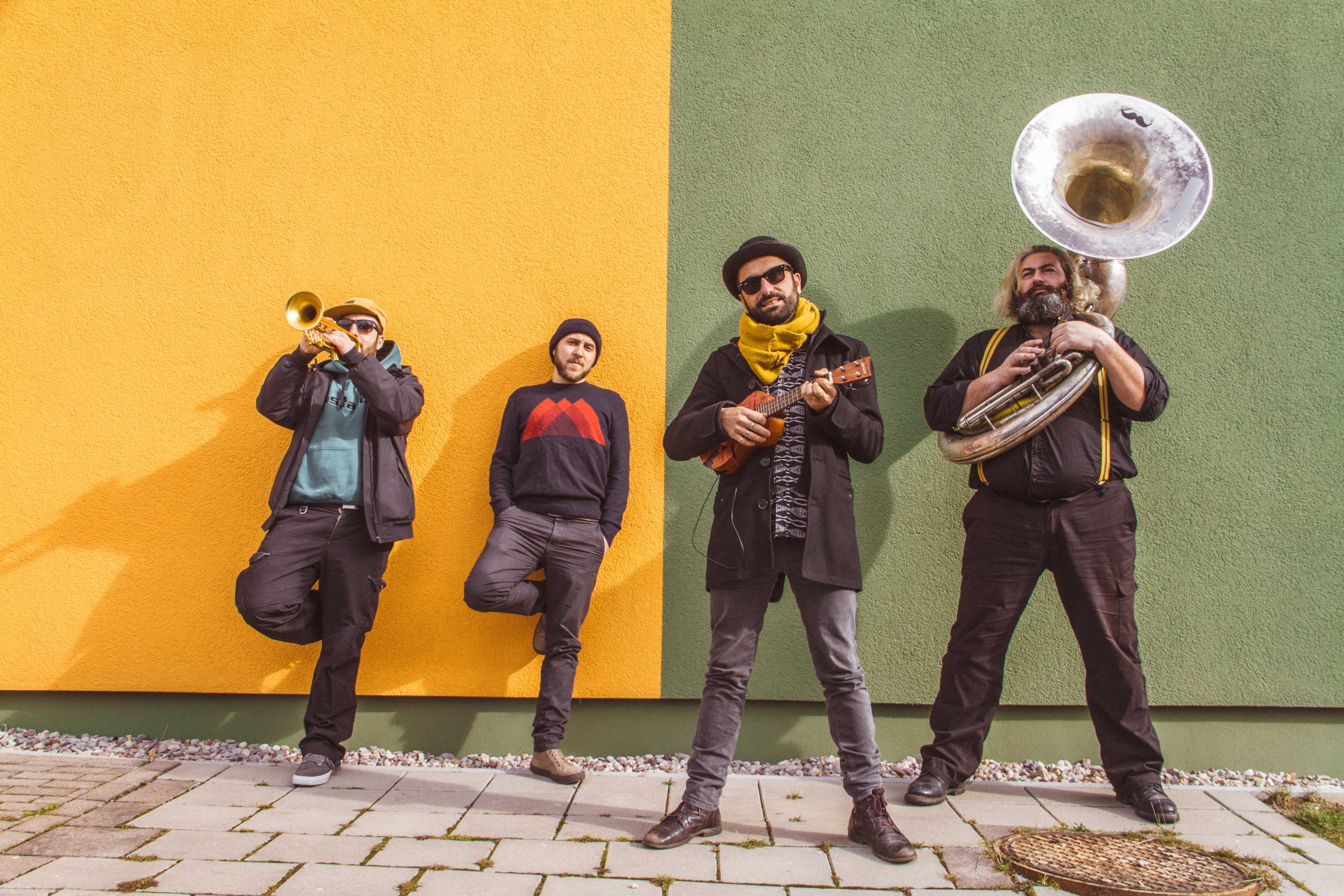 A Reggae, Folk’n’Roll and Punk-Swing journey in an explosive circus style

Globalist and out of any schemes, Veeblefetzer is a sousaphonic contraption made of brass, heavy swing and folk’n’roll skelter bouncy rhythms. An imaginary delight that unites dub echoes in the shacks of Kingston and flashes of pure rock’n’roll, set in a funeral in New Orleans as well as in a gypsy wedding in the Balkan countryside. The guitars, hovering between reggae and manouche jazz, get mixed up with brass riffs over a rhythmic dovetail made of drums and typewriter. The bass frequencies all rely on the mighty sousaphone, a sort of tuba for parades, contributing a marching band attitude. The lyrics of Veeblefetzer depict stories of landscapes, trails, changes, tastes and memories, ambionts and disappointments, travels and inner turmoil.

Fronted by the overwhelming singer Andrea ‘Mondo Cane’ Cota, Veeblefetzer have the extraordinary ability to reach and connect with the audience in a very spontaneous way. A one hundred percent artistic, lively, colorful, charming and somehow cursed band, like a poet could be or a street busker. The music seems to come out of a freak show tent or a pirate’s party, it recalls blues as well as Balkan and South American sounds. With the biting voice of the singer, the costumes and the unique atmosphere, the band seems to have landed in a large, beautiful circus where the acrobatics do the music, giving the performance a carnivalistic sense of surprises.

For the name of the band they decided to recover the word ‘Veeblefetzer’, a purposely nonsensical sounding term applied to any sort of obscure or complicated object which was used by ‘MAD Magazine’, an American humor and satirical magazine born in the 1950’s. Their debut EP ‘The Truth Is Overrated’ has brought Veeblefetzer to extensively tour in major festival around Europe and Italy. They performed in the UK, Austria, Ireland and Italy, including Boomtown Fair (UK), Musikclub Open Air (Austria), Maui Waui (UK), Ariano Folk Festival (Italy) and Live Rock Festival (Italy). The five piece ensemble from Rome is now ready to present their proper juicy well garnished long playing new album “More”.